Kayelle Allen is a long-time author with an impressive backlist, who offers so much support to the online romance author community. I was thrilled when she expressed interest in being featured on my blog.

Here’s my interview with this lovely human and her exciting new book. 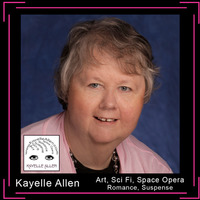 Kayelle, tell us a bit about yourself and your writing journey.

KAYELLE ALLEN: Thank you for allowing me to share with your readers! I’ve been writing since I could hold a crayon, too many years to count. My big break came in 2003 when I joined an online critique group. One of the members took me under her wing and mentored me. Barbara Karmazin passed a few years later, but I will never forget her. She taught me the value of deep point of view when writing, and how to be professional as an author. She even introduced me to her publisher and insisted I submit my book.

Within four days I had an offer of a contract. The book was published only a few months later. I have since released multiple books, and I’m fully indie published. Next year I anticipate the release of at least four books in the first half and hope to have more ready for the second.

What does this time of year mean to you?

KAYELLE: For one thing, it’s my wedding month. My husband and I celebrate our 47th on the 23rd. Hard to believe it’s been that long. In my bio, it says I’ve been married so long I’m tenured. That’s pretty much the truth!

My middle child has his birthday this month as well, so there’s that. I’m not big on holiday decorations, but I love seeing them. One of my most successful books is set during this month. A Romance for Christmas takes place on Christmas Eve and tells a lovely story of a widow and widower whose four-year-old daughters are friends, and end up together for Christmas. The book is dedicated to my sister and her late husband.

The story is truly a one-off for me. I write science fiction romance, and this little book is my only contemporary. I love the spirit it brings to mind when reading it. Sweet, without even a kiss, and it’s short enough to read in about an hour.

How about the book you’re promoting today — what’s it about?

My latest book is A Stolen Heart, which is about an immortal “retired” space pirate who stumbles across a toddler running for his life. Although the immortal doesn’t realize the danger at that time, he does stop and take notice of the frightened child.

When the person tracking him shows up, he instinctively protects the boy. But now what? He can’t turn a toddler loose or abandon him. To top it off, the little one is being coached on how to be a thief, just as he was when younger. There’s no way he can take in this child. He can’t let mortals know he’s immortal, but how can he turn away this homeless little boy who immediately steals his heart?

That’s a great setup. It must have been fun to write!

The thing I love most about A Stolen Heart is that the young hero is sooo adorable. He’s half-human and half-Kin, a feline humanoid race. He looks human, until you see his cat’s eyes. Believe me, the adorable factor is off the charts. Little Senth is also the full-grown hero in At the Mercy of Her Pleasure, my first book. I always wondered how he came to be adopted by someone so different from himself, so when I saw the opportunity to write this story, I jumped on it.

What was the most interesting thing you had to research for it?

Researching how thieves work, and how to break into a house was probably the weirdest thing I ever looked up. I remember thinking that anyone monitoring my search history would be sure I was some dangerous criminal. I looked up how to break and enter, where to fence stolen goods, how to plan a getaway, and a whole lot more. I even wrote a Thieves’ Guild Handbook.

Subscribers of my newsletter who take the “Citizen’s Journey” — an in-depth look at my story world, will get to download the booklet free. Much of that came out of my research. Sign up and you also get a free book, Lights Out: Bringer of Chaos, a prequel in the Bringer of Chaos series. This series features some of the immortals in my other books. You’ll find the link on my website. 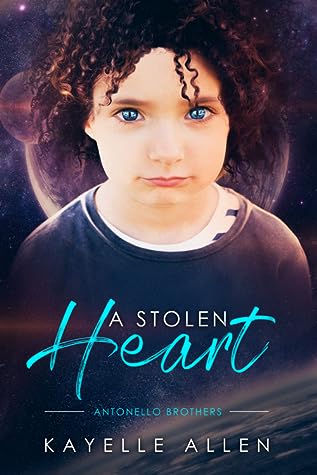 When he rescues a half-human orphan, a glorified space pirate turned entrepreneur sets in motion a chain of events that threatens to topple the powerful Thieves’ Guild he once led.

Multiple layers of conspiracy unfold, reaching all the way to Luc’s immortal ex—the king. Behind each solved mystery looms an unseen foe, undoing the good Luc accomplishes. For the sake of this child, Luc must postpone his own freedom and master his desire for revenge or he will violate an ancient vow. Worse, he’ll put the toddler at risk.

At war with his compassion for the vulnerable child, loyalty to the king, duty to the Guild, and the bright lure of freedom he’s coveted for centuries, Luc seeks the right path. Will he choose liberty and unparalleled success, or restore the Thieves’ Guild to its former glory while overseeing the child’s training?

A hard choice for any man. For an immortal whose inner monster can destroy on sight? Impossible.

A pirate with a monstrous past can never be trusted with an innocent child. He must ensure the child is protected, safe, nowhere near danger. Nowhere near him. Even if this little boy has already stolen his heart…

In this scene from A Stolen Heart, the immortal Luc has rescued a three-year-old boy and to protect him, is taking him home as part of a foster program. Having worked with human teenagers for decades, he is comfortable with young people, but children baffle him. And because his nightmare eyes are terrifying to humans, he covers them with lenses that turn his eyes entirely solid black. The scene opens with them in Luc’s hoversine, a floating limo.

“Is that a place to play?” Senthys pointed.

“It goes up and down.” The boy gestured, moving his hand like a wave in the sea.

It took Luc a moment to realize what the boy was seeing. “That’s called the Monster. It’s an anti-grav-powered roller coaster.” In the distance, it clawed streaks against a steel blue sky. The sharp curves and steep inclines had rocketed the ride to the pinnacle of success in the empire when it opened the previous month. On Tarth, it had even displaced him as the hottest topic in the tabloids. The reprieve had lasted all of one day. Luc pulled back. “I can’t believe you can see that far.”

“I see better than humans. Can you see that far?”

“You mean because I have ‘weird’ eyes?”

“Looks like we both see better than humans. I mean, than other people.” How odd to have a discussion with a child. Usually, none stayed in his presence long enough to say hello.

“My eyes?” His real eyes would send the boy screaming in the other direction, but it was sweet of him to show concern. “They don’t hurt. I cover them for protection.”

The boy squinted. “Do my eyes need ‘tection?“

“Pro-tection.” He touched the boy’s hand. “Yours are fine. Mine are sensitive to light.” It was an old lie but kept people from asking him to show them his real eyes. He fished out dark glasses he wore in the event of a lens failure, and put them on. “I wear these if I’m in the sun all day.”

Luc considered it. “Why not?” He pulled them off and helped the boy adjust them over his ears and nose.

The wraparound glasses dwarfed the young face. When they slid down his nose, the child tilted back his head and pushed them up.

“Don’t move.” After pulling out his mobile, Luc captured an image. Without proof, his friends would never believe he’d been this close to a child without it fleeing in terror.

“Do us too!” Senthys patted the seat beside him. “Take our picture.”
Luc set his device to hover an arm’s length away, then put his head closer to the boy’s. “Portrait. Capture.” The mobile made a soft click signaling completion.

When he showed the image to the boy, Senthys squealed. “That’s me! And that’s you.”

“Yes, it is.” The glasses had the name Draap on the earpiece. No kid this age could afford those and it was Luc’s preferred brand. Proof he hadn’t faked the entire thing.

His friends would lose substantial bet money with this.

Kayelle Allen writes Sci Fi with misbehaving robots, mythic heroes, role-playing immortal gamers, and warriors who purr. She is the author of multiple books, novellas, and short stories. She’s also a US Navy veteran and has been married so long she’s tenured.

Sign up for her newsletter and free Sci-Fi stories, book recommendations, and other reader exclusives.