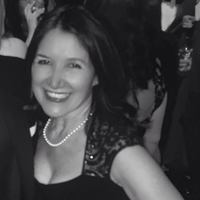 A word from Charlotte O’Shay

Hi Birdie, thank you for the chance to visit you today to tell you a little about me and my soon to be released novella, ALWAYS, ALMOND FUDGE.

My writing journey begins with me as the shy, observer of a middle child in a large family. As a lover of words and languages I was always happiest lost in the world of a book. I relished reading whatever I could get my hands on from tabloid newspapers to library books. My reading fed the stories sparking in my mind and before long my own writing filled notebooks. After a VERY long time, after marriage and children and a legal career, I drummed up the courage to submit my work to publishers. By this time I was writing romance exclusively. There’s something so satisfying about happily ever after, isn’t there?

I love creating worlds as a writer. It’s such a powerful way to use my imagination.
On August 12, 2020 my fifth book with the Wild Rose Press will be released, a sweet World War Two era novella titled, Always, Almond Fudge.

My idea for Always, Almond Fudge was born when The Wild Rose Press put out a call for ice cream and summer at the beach themed novellas for their One Scoop or Two series. A brilliant idea for fun and relaxing reads because what could be better than ice cream and falling in love by the seashore?

My story challenged me because I set it in the World War Two era so it’s technically historical. It was important to get the feel of the 1940’s right, from the clothing to the idiomatic expressions. I loved this story for its simplicity. Times were no less dangerous back in the 1940’s but life was lived and appreciated in a pure way, at least it seems to me, without all of the devices and social media that bedevil us today. My characters Merry and Anthony communicated almost solely by letter because that’s what one did in the early 1940’s. Having said that, I’m a creature of my time and I definitely appreciate the positives all of those devices and connections bring to my life.

If Always, Almond Fudge were made into a movie, Natalie Portman and Josh Harnett would be perfect as Merry and Anthony. 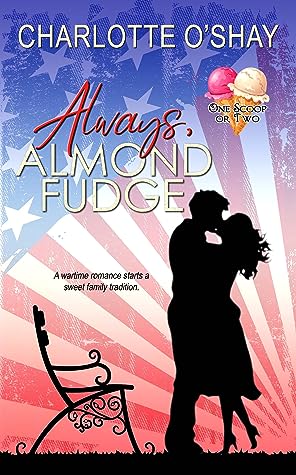 On a lengthy car ride to their annual seaside vacation, a mother recounts the true story of a sweet family tradition.

It’s the summer of 1941 in the seaside town of Langford, Rhode Island, and seventeen-year-old Meredith Franklin works as a server at Seymore’s Ice Cream Shoppe.

Their whirlwind courtship comes to an abrupt halt on December 7, 1941, when America enters World War Two, forcing the couple to put their future on hold.

Decades later, a treasure trove of letters details the wartime romance of Merry and Anthony and the sacrifices of a generation.

But jeepers, if anything could sidetrack a girl it would be Anthony Fanelli. If anyone could turn a determined woman’s head in the direction of romance it was this handsome fellow who’d smiled big and placed his hand over his heart when he saw her sitting in the stands. Merry had blushed to the roots of her hair, hair that was pinned to the side in deference to the ninety-something degree heat. She’d worn a navy skirt and a simple white polo shirt—Rockets colors. A few of the Langford folk had looked her way at Anthony’s public display but Merry simply smiled and tilted her chin in response. It didn’t matter what stories they might carry back to her parents. Nothing would ever mar the memory of the first time she saw Anthony play.

Awarding-winning author Charlotte O’Shay was born in New York City into big family and then married into another big family.

Negotiating skills honed at the dinner table led to a career in law. After four beautiful children joined the crowded family tree, Charlotte traded her legal career to pursue her ultimate goal: writing page turning romance where happily ever after always wins.

Charlotte loves to challenge her heroines and heroes with a crisis and watch them figure out who they are while they fall in love.