Today’s book feature is about a gothic romance by New York native, Anna M. Taylor. If this genre floats your boat, be sure to check out Anna’s website for some gorgeous inspiration shots that make up the settings in her books.

Ps. How awesome is the excerpt!! 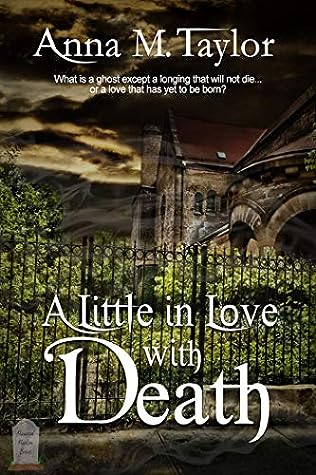 A Little In Love With Death by Anna M. Taylor

Ten years ago no one — not even the man who said he loved her — believed Sankofa Lawford’s claim she had been brutally attacked by a ghost. Ten years later an assault on a new victim brings her back to Harlem to a mother going mad, a brother at his wits’ end and a former love who wants a second chance. Sankofa longs for her family to be whole again, for love to be hers again, but not if she must relive the emotional pain created by memories of that night.

Mitchell Emerson is convinced science and reason can account for the ghostly happenings at Umoja House. He resolves to find an explanation that will not only satisfy him but earn back Sankofa’s trust and love. Instead, his own beliefs are shaken when he sees the ghost for himself.

Now reluctant allies, Mitchell and Sankofa learn her family was more than a little in love with death. Their search for the ghost draws them together but discovering sixty years of lies and secrets pulls them apart. As their hopes for happily ever after and dispersing the evil stalking Umoja House slip beyond their grasp, Mitchell and Sankofa find an unexpected source of help: the ghost itself.

For the last hour Sankofa Lawford blinked through a haze of tears at her mother’s stricken face. She held the glassy-eyed woman’s hand and tried repeatedly to get her attention. No gesture stilled the older woman’s incessant rocking. No words penetrated her intonation of the same awful phrase.

“Them that tell don’t know and them that know don’t tell.

“Them that tell don’t know and them that know don’t tell.”

Wanda Lawford suddenly stopped rocking and stared in Sankofa’s direction. A bright glint of glee shone in her gaze.

Hope struggled for a foothold in Sankofa’s heart then slipped as a death head’s grin contorted her mother’s once beautiful features.

Sankofa forced the lump of sorrow down her throat. “Yes, Mama?”

With a grip made strong from madness, Wanda pulled her daughter’s hand to her chest and leaned in so her lips pressed against Sankofa’s ears.

“A word to the wise is sufficient. Have you been wise?”

Her hissed warning parodied whispered confidences mother and daughter had shared in the past. Sankofa kissed away a tear from her mother’s cheek.

Wanda Lawford cupped her daughter’s face and smiled, too.

Sankofa took a deep breath and controlled her sadness despite the wobble of her lips.

Wanda released Sankofa’s hand only to grip her own, rocking again, repeating again.

“Them that tell don’t know and them that know don’t tell.

“Them that tell don’t know and them that know don’t tell.”