I can’t put my finger on why J. Leigh James has been on my “authors I must check out” list for so long. When I first added her name on there, I had no concept of her work, nor had I heard from her save for stumbling upon her byline once or twice. Perhaps I’m just a character in another writer’s story, and they’ve decided to have me check out her work because it moves some plot along.

Just Another Stupid Boy is a sweet contemporary YA romance. The main character is interested in sports though not especially talented at them, save for one: swimming. I’m not typically gripped by highschool stories, and having a lukewarm relationship with my local pools means swimming as a theme doesn’t tend to grip me either.

But this one did for some reason. Blame this invisible writer again who for whatever reason decided this highschool story with swimming in it would give me feels. Enough feels that I’ve now gone swimming more times in the past two months than I have in the last two years. 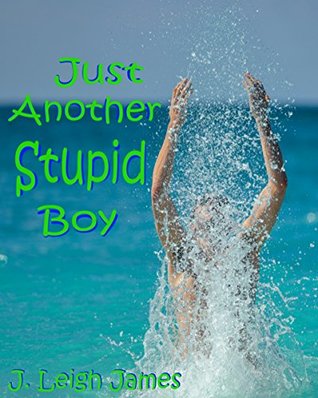 All Paige Dean wants is a fantasy swim in an outdoor, heated pool in February. And, of course, to ogle Connor Sparks from a distance like all the other girls on the JV volleyball team. The hot, bad-boy, baseball star is a fantasy even more unattainable than winter, outdoor swimming. Then Paige accidentally calls him stupid in public. And she gets his attention. Just not in the way she wants.

Add being the worst volleyball player Camden High has ever seen and Paige is destined for months of torment. Unless by some miracle annoying boys and stolen kisses can lead to true love, swimming can help find a soul mate, and friendship can form over mutual lameness.

My favourite bit in this book was the chemistry between the MC and LI. You see it coming a mile away, but in that exciting way that gets you invested in the story. I just had to see how they resolve the complicated tangle of relationships and friendships, he-thinks-she-thinks, and teenaged insecurity to find it in themselves to choose each other.

This book was well-written and made excellent use of cliché and tropes, making it a warm and fuzzy safe escape from the stress and pressure of daily life.

Just Another Stupid Boy by J. Leigh James can be found on Amazon.